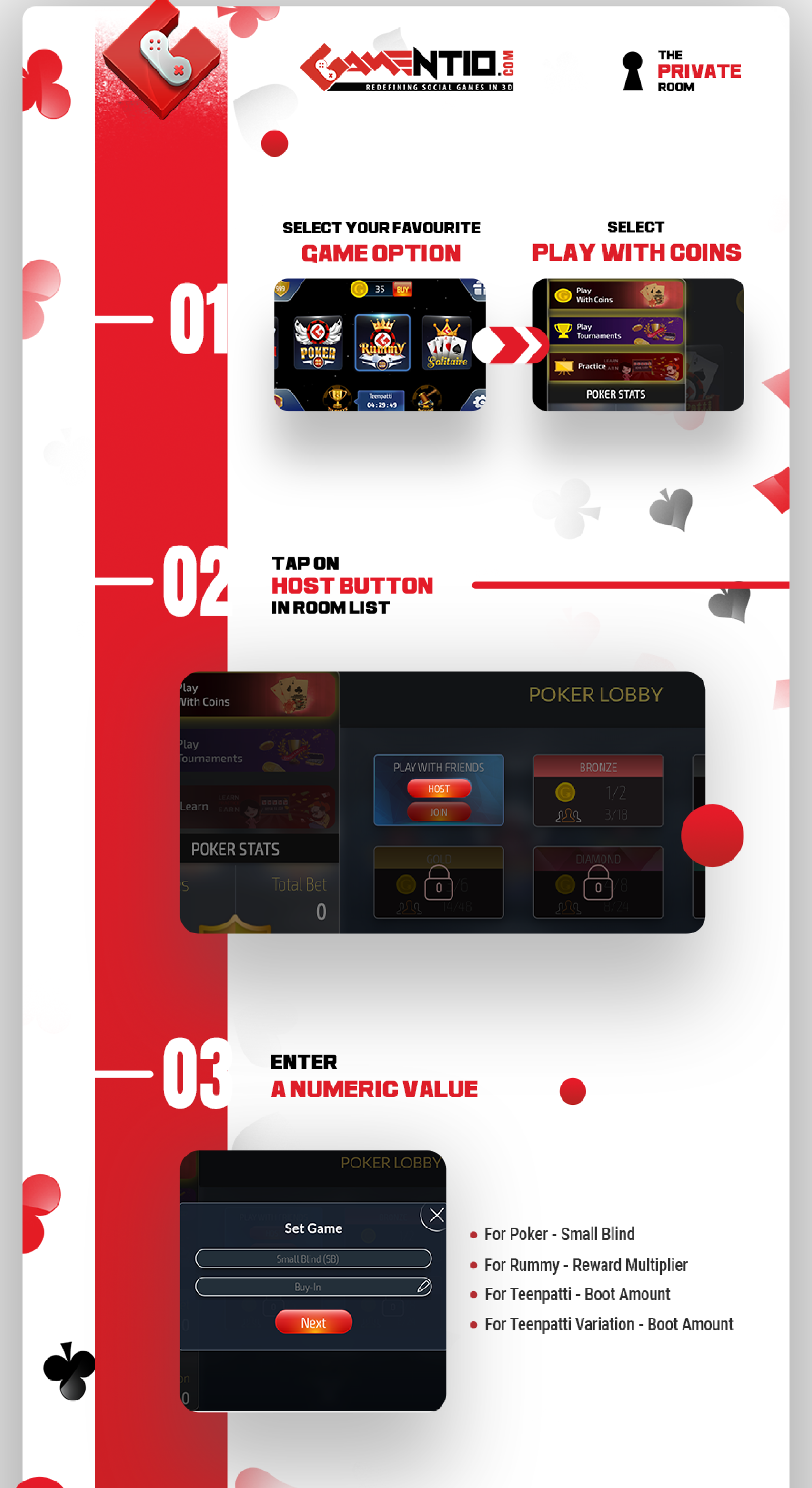 Play In Browser, No Download, No Deposit, Get Free Bonus

No download is required to play Poker at Gamentio. You can enjoy playing in the browser. No sign up, no deposit is required, try Poker as a guest player. Get a free bonus to start with. To host your own private room, you will need to sign up.

For the best gaming experience and to explore more features like daily bonus, reward video coins etc, we recommend downloading the app.

You can also watch the below hindi video to understand how to create your own Private room to play poker with friends at Gamentio.